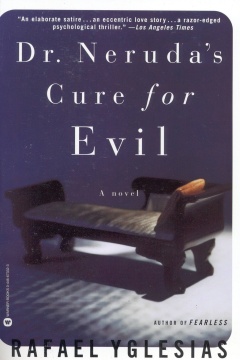 This compelling novel, told in the first person by Dr. Rafael Neruda, presents the psychological histories of Neruda, who, after his mother’s suicide, became a pawn in a fierce custody battle between his millionaire uncle and Communist father, and also one of his patients, Gene Kenny, who eventually commits suicide. The manuscript “sealed at the request of the author, Dr. Rafael Guillermo Neruda, M.D., until fifty years after his death,” tells of his investigation into the cause of his patient’s death and his “cure” of those responsible. A fiction about the crisis of ideas in the Western world at the end of the 20th century, Dr. Neruda’s odyssey limns, as thrilling drama, the inevitable self-justifying logic of dogma.