The Wisdom of Perversity 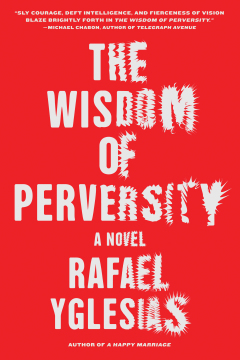 Brian and Jeff were best friends when they were young, leading lives of promise in New York City in the late 1960s, until something happened that brought an end to both their childhood and their friendship. Forty years later, when their secret surfaces in a terrible new context, they are forced to reunite by Jeff’s cousin, Julie, who was also a victim of their childhood trauma. Together they must decide whether to tell all–unbalancing their lives and threatening their future–or continue to hide the truth and allow others to be victimized.

Rafael Yglesias tells the stories of these three childhood friends who join together as adults to acknowledge the ways in which their lives were altered by the actions of a predator who sexually abused them, and who now, many years later, has been exposed by more recent victims but, thanks to his wealth and influence, is on the verge of escaping punishment.

The Wisdom of Perversity unmasks the headlines, giving voice to what has been left unsaid and light to what has been hidden. Yglesias has created a startling, engrossing, unsettling, and moving story of surviving an insidious evil and of a triumphant struggle to heal its wounds.