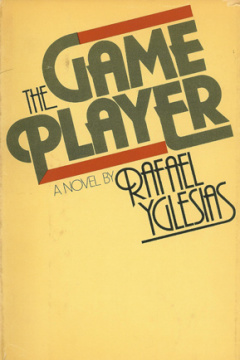 The Game Player is a carefully observed and witty portrait of how the games boys play shape their natures as men. Brian Stoppard, a versatile champion at every kind of competition — athletic, intellectual, sexual — is always able to locate his opponent’s weaknesses. Howard Cohen, a shy and introspective, is fascinated by Brian’s skill. Rather than seek to defeat Brian, Howard tries to penetrate the mystery of his prowess as they grow from children into adults. Their friendship mirrors the relationship of audience to star. And charting its progress, The Game Player becomes a surprising study of the unexpected pain and pleasure in winning, and the envy and longing in the hearts of its most devout fans.